Are you looking for training to treat eating disorders?
Do you want certification as a counselor or coach?
Would you like to make a unique difference?

Who Can Be EDIT™ Certified?

Anyone who wants to make a unique difference for others in recovery from eating disorders can become EDIT™ Certified!

Which Track is Right for You? > 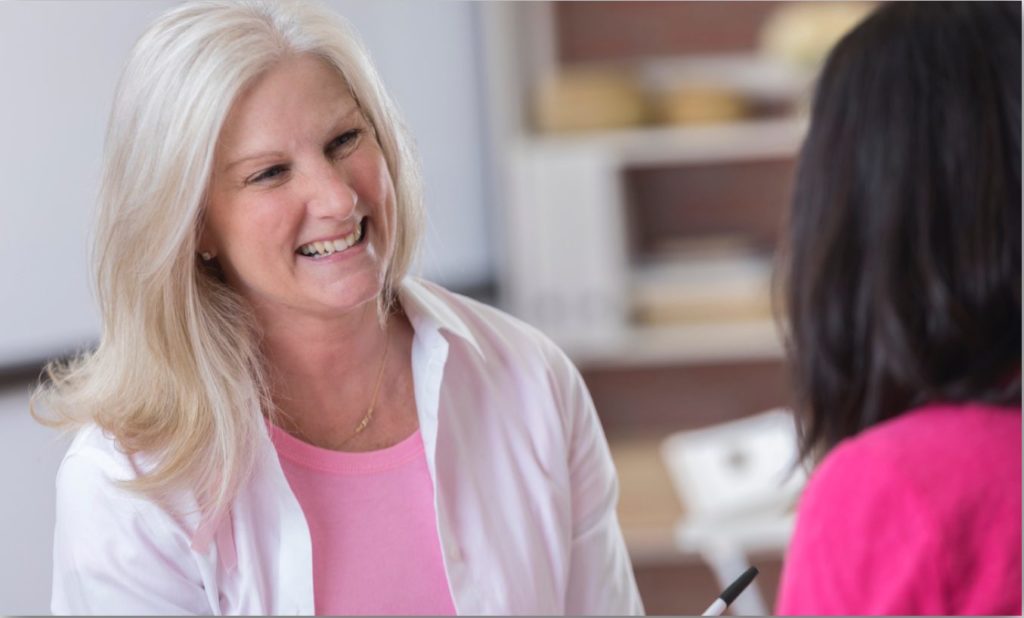 How Do I Become EDIT™ Certified?

Once you’ve selected your TRACK, then choose your LEVEL:

Eating Disorder Intuitive Therapy (EDIT)™ is a comprehensive approach for recovery from all types of eating disorders, featuring evidence-based practices, which originated with five principles that Dr. Dorie learned on her own journey of recovery from eating disorders. In 1995, Dr. Dorie introduced the first version of clinical tools now known as the EDIT™ Worksheets (Version 3.0 released in 2013). She began training clinicians in 2005, which led to the development of the EDIT™ Certified Training Manual (Version 3.0 released in 2013). In 2015, the EDIT™ Certified Training Videos were released, online courses were launched, and the first EDIT™ Certified Women’s Retreat was conducted. This curriculum expansion resulted in the creation of certification “Levels” to differentiate type/length of training. In 2018, certification “Tracks” were introduced, with advanced applications for licensed professionals and treatment centers, essential skills for the newly emerging field of recovery coaching, as well as basic techniques those who want to help others through peer support. Millions are struggling, and together we can make a unique difference!

EDIT™ Guidelines (All Tracks, All Levels)

This 105-page full-color document provides: a history of the EDIT™ approach which has been used in clinical settings for more than 20 years, an overview of the diagnostic criteria for the different types of eating disorders; tools and techniques based on the five EDIT™ principles; examples of how to use the EDIT™ Worksheets with clients. Receive your EDIT™ Training Manual as a pdf download immediately after registration for your specific Track/Level.

EDIT™ Worksheets (All Tracks, All Levels)

This set of 64 EDIT™ Worksheets address all of the essential areas of eating disorder recovery: Improving Body Image, Values Clarification, Holistic Sense of Self, Accessing Intuition, Intuitive and Mindful Meal Skills, Intuitive and Mindful Movement Skills, Emotional Awareness and Regulation, Healthy Coping Skills, Addressing Core Issues, Self-Care Practices, Relapse Prevention, Ongoing Success. These worksheets may be printed and reproduced for use with your clients. Receive your EDIT™ Worksheets as a pdf download immediately after registration for your specific Track/Level.

These six 1-hour training videos guide you through the entire EDIT™ Training Manual, and show you step-by-step how to use each of the EDIT™ Worksheets. Watch at your own learning pace, starting and stopping as often as you wish.

This 1-page test features basic questions about the EDIT™ approach, principles and techniques. Although this test will not be “graded,” you must demonstrate sufficient comprehension of the training program to become EDIT™ Certified.

Upon completion of the requirements for your Track/Level, you will receive the appropriate certificate with your title, as a pdf file which you may print and frame. For example, your title may be, “EDIT™ Certified III – Eating Disorder Recovery Coach.” In addition, you will receive a certificate which documents continuing education hours (6, 10, or 20 hours, depending on the level you choose).

EDIT™ Badge and Logos (All Tracks, All Levels)

Upon completion of the requirements for your Track/Level, you will receive two image files which you may use on your website and marketing materials: the EDIT™ Certified Badge, and EDIT™ Logo, both as jpg files (other formats available upon request).

Upon completion of the requirements for your Track/Level, you may add your profile to the EDIT™ Certified Directory. When people are seeking help from a coach or clinician, they can find YOU!

Upon completion of the requirements for your Track/Level, you will be invited to join the closed group for EDIT™ Certified Practitioners. Here, connect with each other and share resources to make more of a difference for the clients we serve!

If you have enrolled in Level II, then you will participate in a 3-hour LIVE Webinar Workshop, hosted by Dr. Dorie. During this interactive online training, you’ll watch “ED-IT Dialogue” role play videos, participate in group discussions with other EDIT™ Certified Trainees, have the opportunity to Role-Play with Dr. Dorie (your “oral exam”), and have YOUR questions answered! These live events are offered every 4-6 weeks on MONDAYS from 7-10p (Eastern). NEXT EVENTS: October 28, December 9. In addition, at Level II, you’ll receive two 1-on-1 Mentoring Calls with Dr. Dorie, to address your specific needs.

As a part of the Webinar Workshop, you’ll have the opportunity to role play with Dr. Dorie, where she’ll play the client and you get to play the coach or clinician. During this short 3-5 minute role play, you’ll get to try your EDIT™ skills and then receive feedback from Dr. Dorie. Don’t worry, you’ll “pass,” as long as you let your Intuitive Therapist guide the way!

If you enroll in the Level III Women’s Retreat, then you’ll participate in a Webinar Workshop, AND join a small group of 12 women in Winter Park, Colorado for this once-a-year special event! Here, we’ll practice advanced EDIT™ Skills amidst the “magic” of the Colorado wilderness. In addition, you’ll receive two 1-on-1 Mentoring Calls with Dr. Dorie (one before and one after the retreat). See the Women’s Retreat page, or ask Dr. Dorie for more details.

If you enroll in the Level III 1-on-1 Mentoring, then you’ll participate in a Webinar Workshop, AND receive a series of 10 customized calls with Dr. Dorie, designed to meet your specific needs (via phone, Skype, etc.). Practice advanced skills, have case consultations, learn how to grow your business, and much more. Ask Dr. Dorie for details.

If you enroll in either Level III option (Women’s Retreat or 1-on-1 Mentoring), then at the conclusion of your training you’ll be asked to write a case study. Here, you’ll describe how you are using the EDIT™ approach with an actual client, as a coach or clinician. If you’re just starting your work with clients, you may need to wait a little while to complete this final step. That’s OK, it’s important that you have the experience with clients so that you can increase your confidence as you “graduate.” Don’t worry, you’ll “pass,” as long as you let your Intuitive Therapist guide the way!

Which EDIT™ Certification Track is right for me?

Track 1:
Eating Disorder Peer Support
Ideal For: those with their own eating disorder recovery experience and no formal training as a coach or counselor; this training provides tools for peer-led support groups, motivational speaking, writing blog posts or books, or as a recovery activist.
Enrol Now
Track 2:
Eating Disorder Recovery Coach
Ideal For: those with experience as a Life Coach, Health Coach, etc. who want to expand their niche area; also ideal for other types of Health Professionals, such as nutritionists, yoga instructors, personal trainers, health educators, etc; this training illustrates skills to use in sessions with clients as an Eating Disorder Recovery Coach, including clarity about the “line” between coaching and counseling.
Enrol Now
Track 3:
Eating Disorder Treatment Clinician
Ideal For: those who are Licensed Mental Health Clinicians who want to expand their scope of practice to include the diagnosis and treatment of eating disorders OR those working towards a license who are under supervision by a Licensed Mental Health Clinician; other types of licensed clinicians such as Registered Dietitian, Registered Nurse, Nurse Practitioner, Medical Doctor, etc; this training features higher level clinical EDIT™ skills to equip clinicians to provide specialized eating disorder treatment.
Enrol Now

Which EDIT™ Certification Track is right for me?

How long do I have to complete the EDIT™ certification?

You decide! You can proceed quickly, and become EDIT™ Certified I in as little as 6 hours. Or, take your time. EDIT™ Certified III takes most people about 6 months to complete. There is no time limit.

If I want to upgrade my certification, do I have to pay the full cost?

No! You can upgrade at any time, for the difference in price. For example, if you start at Level I for $495, then to upgrade to Level II you’d only pay an additional $300 (regular rate of Level II is $795). Email Dr. Dorie if you’d like to upgrade your Level at any time. There is no additional fee to upgrade Tracks. For example, to switch from EDIT™ Certified – Eating Disorder Peer Support to EDIT™ Certified – Eating Disorder Recovery Coach, email Dr. Dorie that you’ve added education/training to be eligible for this change in Tracks.

I don't have any formal education in this field. Can I still get certified?

Yes! Track 1 was created by Dr. Dorie just for you. You can become an EDIT™ Certified – Eating Disorder Peer Support practitioner, and offer guidance based on your own recovery experience and guidelines from the EDIT™ Certified training program. You can inspire others as a peer support group leader, motivational speaker, and/or author!

Once I become EDIT™ Certified, do I have to renew this credential?

No! Your EDIT™ Certified credential is valid upon completion of the requirements for your Track/Level. There is no requirement for renewal; however, your participation in the EDIT™ Certified Facebook Community and other follow-up learning opportunities is recommended.

Does this credential count for continuing education?

Yes! You will receive a certificate which documents the number of hours of training completed (Level I = 6 hours, Level II = 9 hours, Level III = 20 hours). Although the EDIT™ Certified credential is not yet approved by an accrediting organization, most clinicians report their licensure boards have accepted the EDIT™ Certificate for continuing education. Dr. Dorie can provide her Curriculum Vitae along with a detailed description of this training as needed.

Will EDIT™ certification make me an expert in eating disorder treatment?

No! Being an expert takes years of education, training, clinical practice, and supervision. Dr. Dorie is available to provide additional training and supervision for those interested to gain expertise in the treatment of eating disorders.

I want to attend the Women's Retreat. Does the fee include meals/lodging?

Yes! Your registration includes the weekend training, AND a shared room with another retreat participant (2 Queen beds and a private bath), all meals, and optional activities such as horseback riding.

Do I need an office to work with clients as a recovery coach?

No! Many EDIT™ Certified – Eating Disorder Recovery Coaches meet with clients to have a meal together, or take a walk (and talk about EDIT™ recovery skills). You can also have a very successful coaching business by leading workshops in public places, or through coaching sessions by phone.

Will I learn how to start or grow my coaching or clinical practice?

Yes! If you enroll in Level III certification. Dr. Dorie addresses business building skills at the Women’s Retreat, and can give even more guidance through 1-on-1 Mentoring (including starting a website, Facebook Page, email list, and other marketing strategies).

Where can I find evidence-based research about the EDIT™ approach?

The EDIT™ techniques feature Cognitive Behavioral Therapy (CBT), which is considered the “gold standard” evidence-based practice for eating disorder treatment. EDIT™ also has roots in newer theories and techniques, including Dialectical Behavioral Therapy (DBT), Acceptance and Commitment Therapy (ACT), Jungian Psychology, Motivational Interviewing, Transpersonal/Spiritual Psychology, Intuitive Eating and Mindfulness practices. Using EDIT™ Assessments and other instruments such as the Eating Disorder Inventory (EDI, EDI-2 and EDI-3), Dr. Dorie has been evaluating efficacy using data from her own clients for more than 20 years. Dr. Dorie has published case studies and cited qualitative results in her two books, Dr. Dorie’s Don’t Diet Book (1998) and How Much Does Your Soul Weigh (2003).

Do you offer discounts to train several members of a clinical staff?

Whether your organization is a small group practice or a large treatment center, Dr. Dorie can train all members of your staff quickly, effectively and affordably. She will customize a training and certification program to meet the needs of your staff and budget. This option is ideal for Addiction Treatment Centers who want to improve treatment outcomes by training staff to address dual-diagnosis Substance Use Disorders and Eating Disorders. Contact Dr. Dorie to discuss the details.